What is the 'Toronto look'? Glass skyscrapers rise beside Victorian homes, and Brutalist apartment buildings often mark the edge of leafy ravines, creating a city .
Table of contents

Fortunately, he saves these neighbourhoods for the second half — as if he knows it might take some work to draw the reader into Narnia. There are sections of Toronto to which I am rarely compelled to visit: But because I know so little about these areas, I chose to read about them anyway.


Take, for example, the area west of Dufferin and south of Eglington, a neighbourhood near Black Creek Drive I would normally reserve for driving. In my humble opinion, this is as close as he comes to demonstrating any influence by the Grandfather of Psychogeography, Guy Debord. Reading it now, six years after publication, there are already details throughout the city that have changed and are ever-changing.

For one, all those grassy knolls that once populated the grounds at Harbourfront Centre. But now, anything even remotely grassy or knolly has been leveled down and carpeted with artificial turf. It has since become a charitable organization. Further, by the summer of , five years after Stroll was published, not a single blade of natural grass can be found at Harbourfront.

Overall, the legacy of revitalization has left us with a concrete tarmac of a park, disrupted only by rectangular patches of green artificial turf offgassing that new car smell in the summer heat.

For this reason I understand why Micallef might choose to avoid saying too much about a neighbourhood like Liberty Village: But — on the other hand — history is history, and Liberty Village has much of that. Who else, other than Micallef, is going to properly delineate for us — once and for all — the jails and halfway houses, the munitions plants that once employed the Rosie-the-Riveter Bomb Girls? Who else is going to unearth those secret tunnels rumoured to extend from the forgotten depths beneath the Brazen Head Pub to places as far reaching as St Lawrence Market?

He demonstrates this in an example of a student living in the 16th Arrondissement of Paris, whose movements he diagrammed over the course of one year. It is discovered that her personal map of Paris forms a triangle, seldom deviating from the three apexes that are her residence, the School of Political Sciences, and the location of her piano teacher.

Now that is psychogeography. Of course, psychogeography can at times be a rabbit hole of academic ponderings, and thus not always easily accessible. I lost my brother to a heart attack. My parents in Nepal aged and grew frailer. Through all this I felt enlivened by being with D, by touching him, feeling his breath, and taking in his intelligence and brightness and sparkle and wit. It felt like great good fortune to be able to revel in our relationship, and to revel more, and even more, to the end of our days. Yet no matter how fulfilling, a relationship does not extinguish the world.

When you have lived in Kathmandu, you do not take electricity or running water, or public transport, libraries, and parks, or clean, breathable air, for granted. I was grateful that Toronto was so "livable," but did not know how to further deepen my feelings for it. Then, walking down Davenport Road one day, I came across a memorial to what was described as an "ancient trail" along the shoreline of a lake that no longer exists: This memorial struck me as rare. This marker moved me, it stayed with me. I asked others about it afterwards, and read more about it, and realized, with a pang, how acutely I missed living with a larger sense of history here.

At more than years, Nepal is the oldest extant nation in South Asia. It was founded on nations that predated it. Though Kathmandu is now overrun by outsiders, as happens in any capital city, the Indigenous Newar community, who bequeath the city its distinctive art, architecture, culture, and language, remains central, even existential to the city. Markers of even older civilizations abound. Not far from my family home is Andipringga, a town dating back to the first century B. It lies buried beneath Handigaun, a neighborhood of middle-class homes, some built traditionally, with brick and wood, and others renovated along modern lines, with iron and glass and concrete.

Andipringga is not visible on the surface.


An Account of Handigaun, the Ancient Capital of Nepal, talks of how often artefacts are unearthed when families renovate their homes. Handigaun also has a stone marker with an inscription from the first century A. In Kathmandu, I always got a measure of my brief lifetime to be surrounded by reminders of the nations that predated Nepal. This does not happen in Toronto. Toronto is built on the traditional lands of the Huron-Wendat, the Seneca and the Mississaugas of the Credit River nations.

The latter two nations remain in the area—displaced to territories of another nation, the Six Nations of the Grand River, kilometers away, in Brantford. The displacement of the Mississaugas of the Credit River remains deeply controversial, though newcomers can be forgiven for not realizing so. There is little indication that the First Nations are still around, much less that they are regenerating from centuries of exploitation by a far more powerful settler-colonial state.

In those years I read up on CanLit, as Canadian literature is called, gravitating towards Indigenous authors, whose work most moved and educated me. Spadina Road, nearby us, became Ishpadinaa, or "a place on a hill," in the street signs that these Indigenous activists erected in I went to see the street sign and followed the project as Davenport Road became "at the old portage," or Gete-Onigaming.

It taught me how we—all of us—were positioned here; and I saw my own complicated placement as an immigrant in a settler-colonial state. Once we came to frame Toronto, in our minds, as a city of Indigenous, settler-colonial, and immigrant communities, we both wanted to be "allies" to the Indigenous communities, but did not know how to do so, beyond educating ourselves and staying open. Meanwhile, our landlord suddenly decided to move, with his family, to Israel. He sold our building and disappeared from our lives this spring.

By summertime, our new landlord, a developer, had posted notices about the permits he had applied for to replace our building with six million-dollar townhouses. We began scouting, half-heartedly, for another apartment.

Our new landlord was uncommunicative to the point of hostility. My downstairs neighbor also showed up. Late in the afternoon, we sat through a dozen other applications—most of them swiftly approved—before city officials asked if anyone needed a deferral. Two applicants asked for three-month deferrals; then a lawyer representing our landlord asked for one too—not for three, but six months.

Upon obtaining the referral, she stomped off. My neighbor and I followed, consulting among ourselves, and confirming that we had at least a year, possibly more, left in our building. There was time enough to plan our next move. I was relieved, strolling away from City Hall. Offices were letting out.

The streets were crowded. I made my way to the commercial heart of the city, Dundas Square, where D and I had arranged to meet. There was a market going on there: D sent a message: I wandered through the booths, which were selling jewelry, beadwork, t-shirts, moccasins, all around Indigenous themes. A sign announced that this it was Indigenous History Month. The Native Canadian Centre of Toronto had a booth to provide information about their programs, including Cree language classes and drumming socials. 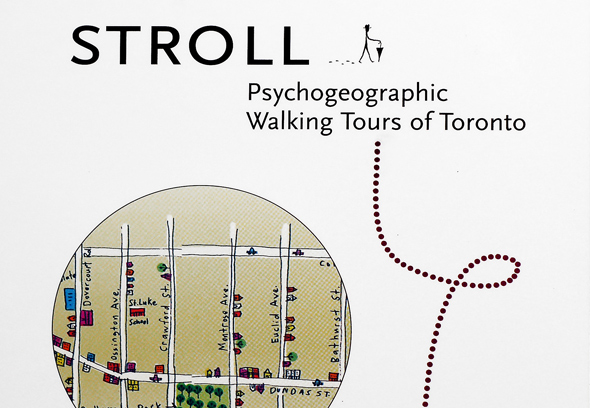 A something woman was manning the booth. My question puzzled her. Then I realized she was from here. She was just—from here. I wandered around some more, then ran into an acquaintance from Nepal, and we chatted awhile.